Crystal flower is a two-layered, transparent jigsaw puzzle with many possible solutions which can also function as decoration on your window or on your desk.
The puzzle consists of two flower-shaped frames, one on top of the other, each of which can be filled by small puzzle-pieces. The two puzzle-layers are different in shape and each can be assembled in several different ways. The lowest frame-layer has a smaller gap to be filled, and the top level has a bigger. The aim of the game is thus to do two jigsaw-puzzles on top of each other.

The set also contains a bottom and a cover circle-plate, as well as an annulus-frame into which the two flower-shapes fit. After being assembled, each layer can be rotated 360 degrees around or can be turned upside down. This way a great number of possible compositions may be achieved.
When light shines through the differently tinted, transparent pieces, substractive colouration can be observed: the player can explore this interesting phenomenon while positioning the pieces on each other. The pattern of the assembled puzzle may be rotationally symmetrical as well as asymmetrical.
The completed puzzle, fastened by the plates and the annulus can be hanged up in a window, on the wall, or in front of a lamp.
As the player gets to know the logical workings of the game, he/she will be able to make nicer and more interesting compositions.

A three layered version of this puzzle was on the exhibition on the Bridges Conference in 2012.

More pictures on The Bored Panda 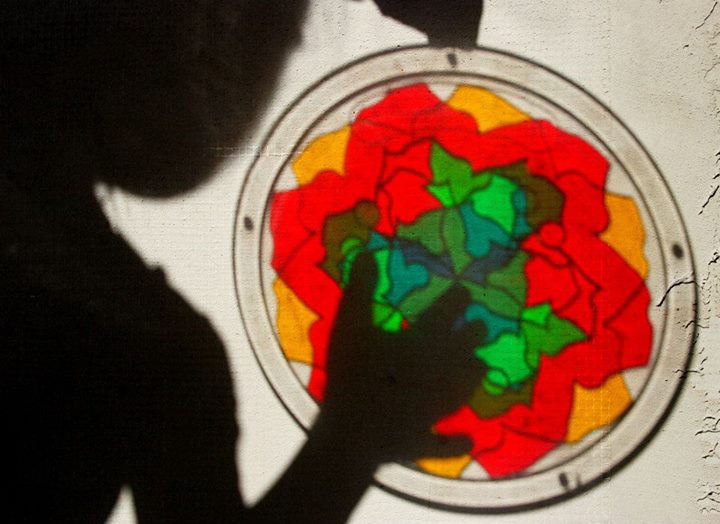 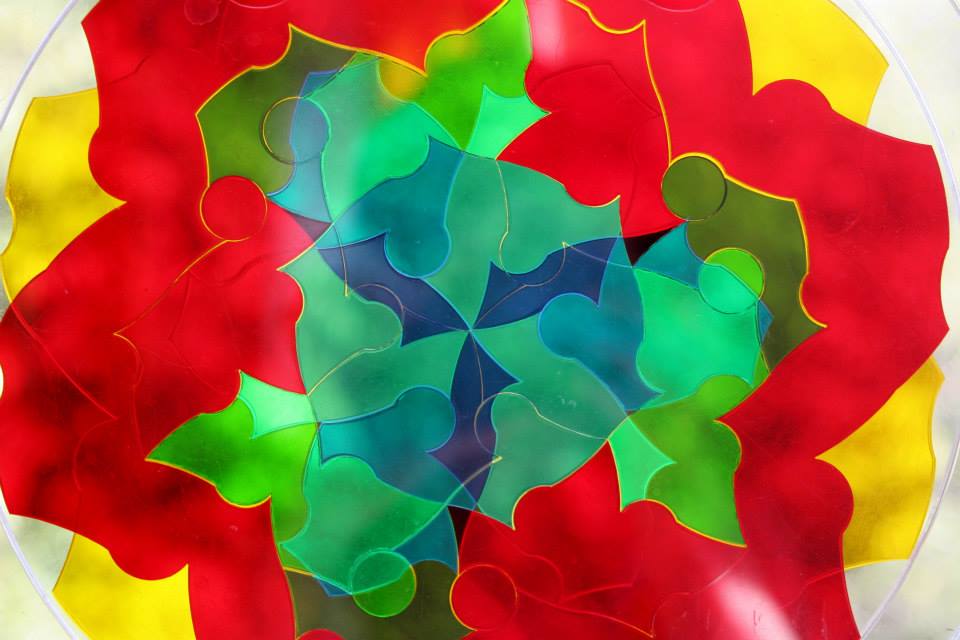